The Probate Process in California

Responsibilities of Executor or Administrator

Why Should You Select Me For Your California Probate

The Probate Process in California

Responsibilities of Executor or Administrator

Why Should You Select Me For Your California Probate

WHAT IF A BENEFICIARY OF A WILL HAS DIED? 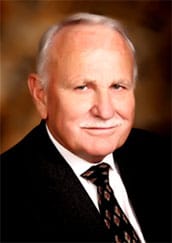 A. BENEFICIARY DIES BEFORE THE DEATH OF THE WILL-MAKER

When a person makes a Will he/she may assume that the beneficiary or beneficiaries will outlive him/her. So what happens, for example, if a person leaves a sister a sum of money in the Will and the sister dies before the Will-maker?

If the sister was deceased before the Will was executed, the gift is void.

But if the sister was alive when the Will was executed and the sister died before the Will-maker died, then the gift may or may not lapse depending on several factors.

The problem is a fairly common one because there is often a considerable period of time between the execution of a will and the death of the testator, during which time an intended beneficiary or some of the intended beneficiaries may die. Proper planning and drafting to provide alternative takers can avoid the problem, however, nott all lawyers are careful drafters and not all testators consult lawyers. This result may be exacerbated by many persons using online Will preparation services. For those DIY persons, some are either unaware of the potential problem or they are unable or unwilling to anticipate and to provide for the eventuality that one or more of their intended beneficiaries will predecease them.

Like other states, California has a statutory solution. Under California Probate Code §21110, if a named beneficiary dies before the Will-maker, the heirs (i.e. kindred/related by consanguinity) of the deceased beneficiary may, based on several requirements, inherit the gift in his/or her place. There are important conditions to California’s anti-lapse statute.

B. BENEFICIARY DIES AFTER THE WILL-MAKER BUT BEFORE THE ESTATE IS DISTRIBUTED

Unless a Will provides otherwise, if a beneficiary survives the decedent but then dies later, the deceased beneficiary's share of the estate typically becomes part of the deceased beneficiary’s estate. For example, if a daughter were to inherit $200,000 from her father, that $200,000 transfers to her at the father’s death. However, if the daughter dies before distribution of the father’s estate, the $200,000 would then pass to the daughter’s beneficiaries or heirs-in-law, depending on whether she had a Will.

Prior to April 1, 2022, if the decedent owned property in California not exceeding $166,250 in value, the heirs or beneficiaries may file a simplified procedure with the Superior Court asking for an order to determine their right to take the property without probate administration. Now, as of April 1, 2022, the amount is $184,500. If the estate of a decedent is over the monetary it will likely require a formal probate procedure. In that event, the court appointed personal representative of the estate must adhere to specific rules including rules applicable to a predeceased beneficiary’s inheritance.

Understanding the issues discussed in this article requires the assistance of a qualified probate attorney who can better assess the appropriate course of action. If you are the executor or other nominated person in a Will and you wish to gain more information please contact me for a free consultation. I will spend time with you to answer your questions.

Copyright © 2022, William K. Sweeney, Attorney at Law. All rights reserved. Unauthorized use and/or duplication of this material without express and written permission from this article’s author and/or owner is strictly prohibited.